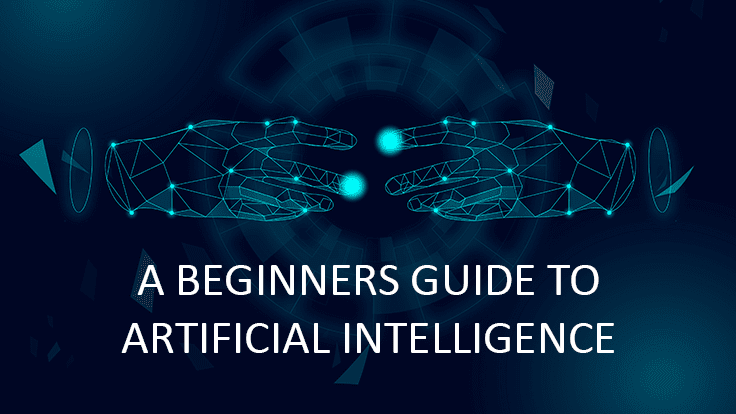 A Beginners Guide to Artificial Intelligence

Artificial Intelligence has been around since a long time, and has been in the buzz due to its extraordinary applications. The term AI was first proposed by John McCarthy in 1956, at the time when the IT industry hadn’t taken the revolution as it is in the 21st century, so the concepts were only limited to the theories. Today, we find the AI being used in almost every successful product which is directly or indirectly communicating with the user.

AI is strongly used in almost every industries some of them are as follows :

Any leading product in above industries uses AI services. AI powered products have given the users the ability to use the products with ease and give the friendliness in the service. In today’s competitive market users have many options for products in the same industry, things are getting changed rapidly due to increase of data and users, no user will waste time in manually setting the app’s requirements, the product itself has to adapt to the user’s perspective. And like this all sort of requirements are fulfilled by AI.

What does AI actually mean?

The primary goal of any product would be to serve the user with the best output, for example, if user needs to reach any particular destination then one would need Google Maps. User will provide the source and destination and will expect the best route, so in this case the Google Map will take many factors into consideration like the traffic in different routes, shortest possible route etc, and based on these factors decides the final destination route. So considering multiple factors and using the available data and generating the appropriate output is what AI actually means. Today many successful products like Facebook, Twitter, Netflix, Self Driving cars, Gmail (Autocomplete feature)  uses AI driven programs in one or the other way. There have been many concepts explaining the mechanism of Artificial Intelligence. The definition stated for AI is artificial intelligence (AI) is the ability of a machine or a computer program to think and learn. The concept of AI is based on the idea of building machines capable of thinking, acting, and learning like humans.

The science of making the software learn by itself from the provided data is known as Machine Learning. ML is the branch or can be said as application of AI. It is a type of application in which it provides the system to improve and learn from the data provided. With every iteration the system is smarter from the previous iteration. Knowledge is the base for every ML application because the system keeps on improving from the knowledge provided. The more the knowledge the more accurate the result will be.

It is next to impossible to ignore the Machine Learning applications in today’s tech generation, some of the applications which are widely used in our day to day life are as follows.

Natural Language Processing is again one of the most important areas of Artificial Intelligence. The main goal if NLP is to process the human language and transform it into the computer understandable language. NLP becomes the bridge between human and the computer. The data which is used or processed by the computer is in linear form, and the data exchanged between Humans is in non linear or unstructured form, which is not understandable by computers. Current tech generation gives users the ability to talk with the computers, this feature is only possible because of NLP. Let us go through the step by step mechanism of NLP :

In the above sentences both are referring to one country, but computer identifies this as two separate words and has different meanings, but making computer understand that both words (India & Bharat) are the name of on single country, we need to follow this:

So all of these steps will make a sentence which is meaningful to the computer. One can hate AI or support AI but can’t ignore from the real world applications, because this is what gives power to any product. Managing every bit of data and users individually is next to impossible, so the only best option to service the users is by giving them the extraordinary features of AI.