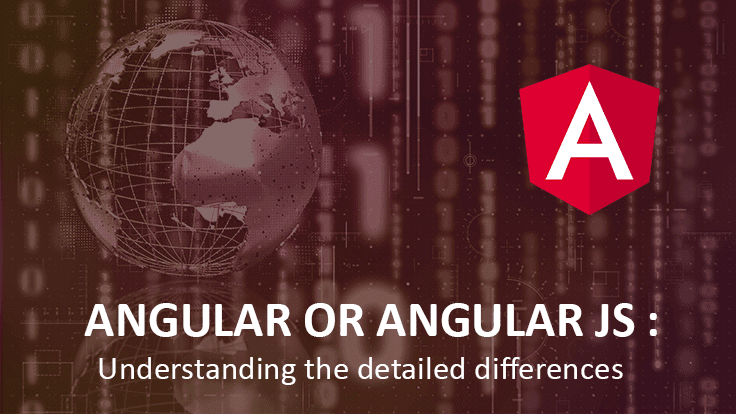 Web development is a great place to start your adventure with programming. When we talk about the best frontend framework, angular is the buzzword. Angular is an open source front end framework. Most of the newbies usually get confused in between Angular and AngularJS, as most of them think that both are the same and it’s just a matter of a word. Although it is not true. AngularJS is an open-source, JavaScript-based, front-end web application framework for dynamic web app development, whereas Angular is the blanket term used to refer to Angular 2, Angular 4 and all other versions that come after AngularJS. Both Angular 2 and 4 are open-source, TypeScript-based front-end web application platforms. Angular 7 is the latest version of Angular. First of all, let’s dive into the comparison between AngularJS and Angular.

Angular is a pure component based. Change detection has also been improved. Angular 2/4/5/6/7 has AOT Ahead of time compilation which improves the rendering speed. AngularJS is based on javascript only whereas Angular and the following version is typescript based so even if javascript is disabled in the client’s browser the application’s default page can be rendered. Angular has simpler APIs, lazy loading, easier debugging, also provides a way to execute more than two systems together. Let’s have a look at some of the comparisons for different Angular versions.

Later on, there are two new releases – Angular 6 and Angular 7 which have developer perspective improvements.

Whether you’re a developer looking to remain competitive in the ever-evolving world of web development, or a company looking for the right technology to base their application on, Angular is a solid JavaScript development platform that embraces the components oriented future of the web.

Want to learn how you can deliver enterprise web applications better with us? We have all the solutions to run your business faster, for more info reach out at marketing@aimdek.com.