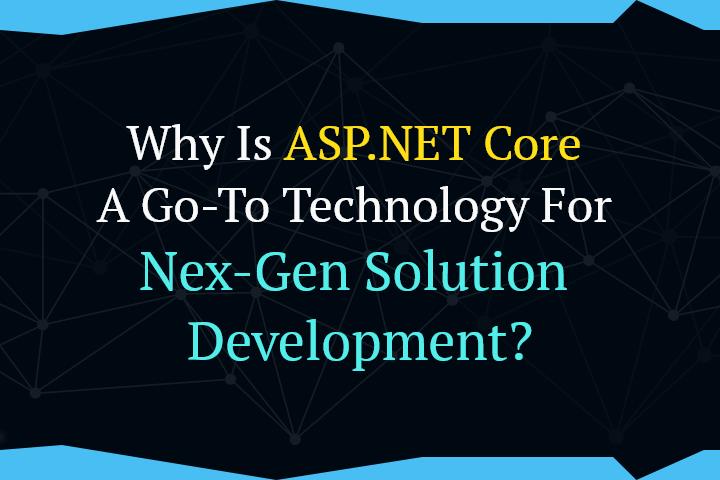 Why Is ASP.NET Core A Perfect Choice for Enterprise-Grade App Development?

.NET framework is the product of Microsoft that tech giant has developed in early 2000 to create managed code, which is executable in a runtime environment. Microsoft aimed to release the .NET framework to enhance the development experience by freeing developers from low-level efforts such as memory management, security operations handling, and others.

.NET era begins with the .NET core launch in 2016, which is an open-source, cloud-ambient, cross-platform development framework. Later, Microsoft shipped its existing services to the .NET core framework. In a series of updates, the .NET core is upgraded to .NET 6, that’s a unified platform.

Know about ASP.NET core in a nutshell

The improved performance, better security, high stability, and APIs for JSON processing and direct memory manipulation make the framework an ideal solution for enterprise-grade app development. The Microsoft .NET consulting partners can help you know more about ASP.NET Core 6 implementation. ASP.NET has powered 7.8% of all the websites worldwide as its server-side programming language. .NET web application development usage is continuously growing from the date it was released. Why ASP.NET Core is an ideal technology for enterprise-level app development?

.NET Core is a go-to solution for the enterprise-level app, web app, Windows app, and desktop app development because it allows the creation of code once that run on multiple platforms leveraging the same set of tools and coding environment. ASP.NET Core has an open-source code that enables developers to write code using any of the languages- Visual Basic, C, or C# which run seamlessly on all the platforms.

The organizations can increase the reach to a variety of platforms without leaving the .NET ecosystem. .NET Core has a wide community where a pool of talent and their experience contributes to development. Cross-platform development becomes a breeze with .NET Core.

Microsoft has made .NET Core highly secured by taking all the security measures and considering important guidelines. The built-in automatic monitoring in ASP.NET continuously monitors the app and web pages that run on the Windows web server.

Also, it instantly notifies the developers of unexpected issues such as infinite loops or memory leaks, which helps them fix things off the bat. Continuous monitoring not only makes the app secure but ensures stability and transparency as well.

The performance gains help businesses improve the outcomes such as accommodating a large number of requests, delivering consistent experiences, improving customer loyalty, and easing the support and maintenance services. The Microsoft consulting services let you know the differences in performance that your business will experience post migrating to or building an app using .NET Core 6 framework.

The Microsoft .NET consulting partners always suggest if scalability is what your business needs, it’s good to use the .NET Core framework to perfectly match the increasing business needs. .NET facilitates a scalable environment and redesigning with its toolset and cross-platform development nature whenever requires.

Using the .NET framework, the organizations can get the app scaled to new platforms to meet the changing market requirements and business needs.

.NET framework has rich libraries, reusable components, and open-source code that doesn’t require developers to write code from scratch. The extensive resources make building, compiling, and testing the code a cakewalk for the developers. It enables developers to engineer the app with less coding and respond to technical issues without unnecessary programming.

Less coding improves the development speed and reduces development costs that in turn, bringing productivity gains to the companies. If you are looking for a cost-effective solution, then .NET web application development or mobile app development works like a pro.

Deployment is one of ASP.NET’s Core 6 features that either act as a part of app installation or require separate installation. The modular design includes all the dependencies that developers require for deployment. Deployment is as easy as parking a car.

The developers can perform the deployment task while running the multiple .NET Core versions simultaneously on the same machine for different projects.

.NET Core 6 release brings a paradigm shift to the IT development landscape. The developers avail of the unified platform to build applications for various platforms such as mobile, desktop, web, cloud, and IoT. Weighing the pros of the .NET development service, the businesses can leapfrog the competition with scalable, high-performance, and secure app development in a reduced time, dollars, and resources investment.

Looking to augment the .NET team for the next enterprise app development? Get connected with one of the reliable Microsoft .NET consulting partners that will provide the Microsoft consulting services to resolve your queries and recommend the best solution.